Serverless webhooks to revolutionize the SaaS

In 2007, Jeff Lindsay introduced webhooks in his Webhooks to revolutionize the web article. Since then, webhooks have become the dominant mechanism for exposing events from web services. Fast forward to 2017, and a new, better pattern started to emerge: serverless webhooks.

This is how Jeff defined webhooks in his iconic article from 2007:

Webhooks are essentially user defined callbacks made with HTTP POST. To support webhooks, you allow the user to specify a URL where your application will post to and on what events. Now your application is pushing data out wherever your users want.

This is a very elegant and powerful concept. It allows for a clean, protocol-based decoupling of the system that exposes an event from the system that processes that event. It is flexible enough to allow for a wide range of scenarios, including system integration, data transformation, or customization of behavior. It also embraces the asynchronous nature of interactions between web services. 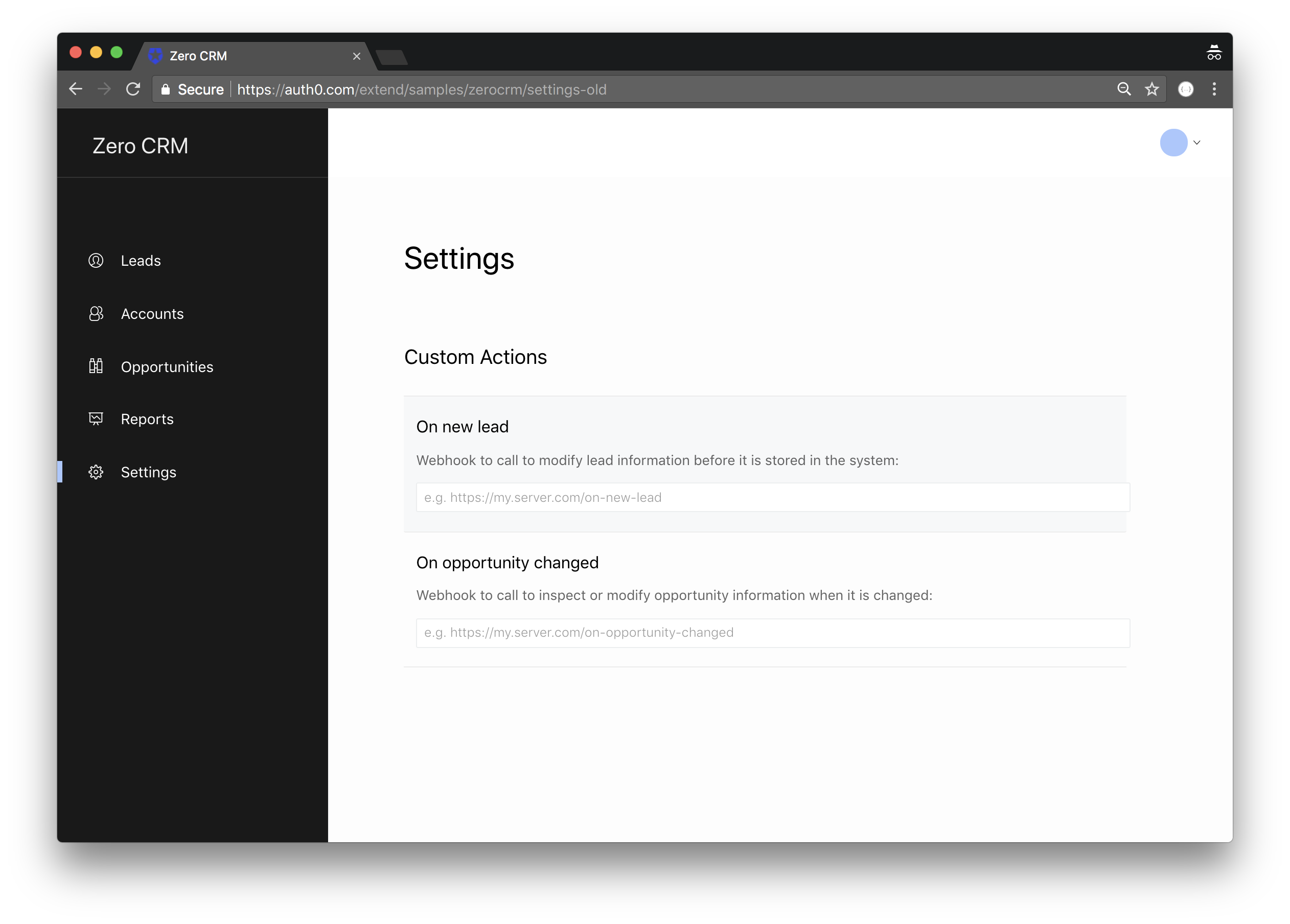 Using webhooks requires setting up and running another web service. Servers, devops, monitoring, SSL, uptime, failover strategy, etc. For years this has been a small price to pay given the benefits webhooks offered, and the lack of a better alternative. However, given cloud computing advances over the last decade, there is now an opportunity to further improve on this core concept.

Fast forward from 2007 to 2017, through IaaS, PaaS, all the way to FaaS (Function-as-a-Service, aka serverless). The essence of the serverless computing paradigm is to organize your logic into small units of computation you can refer to as functions. A single function maps very well to a single webhook.

Reacting to web service events with arbitrary business logic is the core value of webhooks. Imagine an experience where users of a SaaS platform can focus on implementing this business logic as a function without having to run a service to expose it as an HTTP endpoint:

There are several immediate advantages such a serverless webhook model brings for a SaaS platform compared to the original webhooks:

Ten years after the introduction of the webhook concept, this is what Jeff Lindsay says about the serverless webhook pattern: 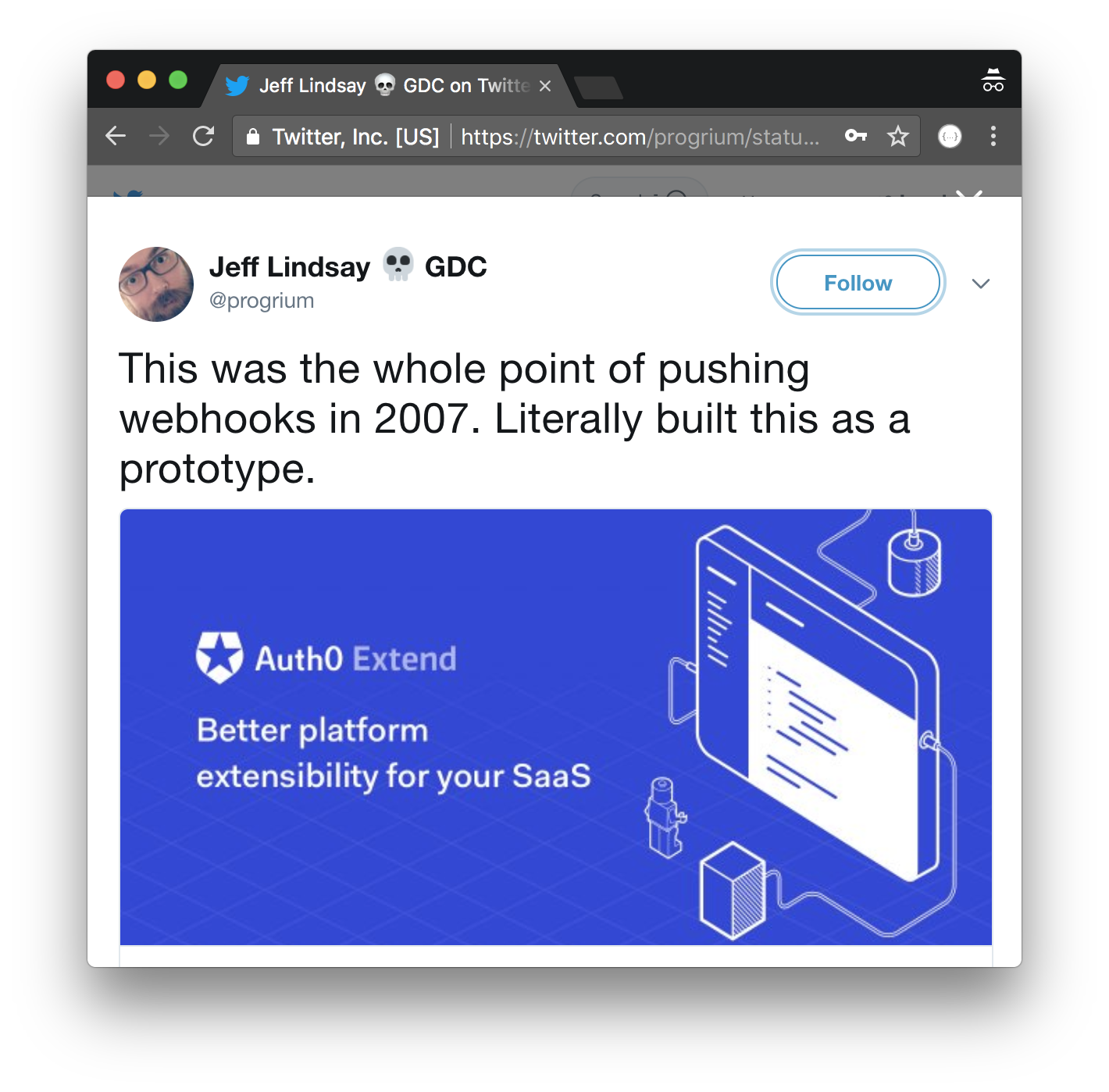 There are many existing implementations of this serverless webhook paradigm in practice. The Twilio Functions and Salesforce Apex are good examples. Until recently, these advanced solutions have been reserved for the SaaS platforms run by sophisticated, technology-savvy organizations.

Serverless webhooks for your SaaS